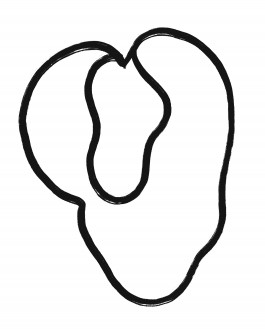 Die Bäckerei - Kulturbackstube is an open house. Events, workshops, lectures and courses take place here. Collectives, associations and artists work in the studios and offices. There is a coworking space on the first floor. Also the makers of the UND magazine are based in the house. Another area of employment is called: “LEBENsmittel in der Bäckerei” - cooking, living and enjoying.

The bakery is a non-profit organisation. The team is organised without hierarchy - this means that everyone has equal voting rights and is responsible for their own areas of work. There is no governing body; decisions are made jointly or on one's own responsibility. The café of Die Bäckerei is a non-competitive space without compulsion to consume, an invitation as 3rd place.

Die Bäckerei is a vital platform for cultural and social exchange. As a dynamic space it brings together aspects of communication, production and presentation. It is a space that does not want to narrow itself down precisely, but is created by its users and tries to make them the dynamic core of the facility. Die Bäckerei can and should be a place for experiments and an institution that can flexibly adjust itself to various purposes and needs.

Die Bäckerei is possibility, stimulus and trigger. Its users become its agents, thus the facility creates new sources of creativity and has a positive effect on the city and its cultural scene. All people involved should consider themselves to be parts of a whole. In the course of this process, not only individual projects shall be implemented by experiment, but the overall structure may be changed as well.