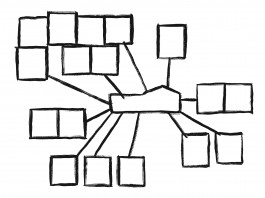 Grammophon is a cultural association in the town of Wattens, Tyrol. It was founded by a group of young adults in 2009 so as to provide a legal framework for the production of the music festival “Wiesenrock”. The festival took first place in 2007 and was Grammophon’s main focus until its last edition in 2017. Each August, the festival brought together around 2000 people, 120 volunteers and became popular as one of Tyrol’s first Green Events.

Both Wiesenrock and Grammophon were initially established due to a lack of alternative cultural spaces in Wattens. While in the first years all of the association’s work was carried out voluntarily, the organisation managed to create its first part-time job in 2016. That way, and by being connected with the TKI – Tiroler Kulturinitiativen (the umbrella organisation of 130 autonomous cultural initiatives in Tyrol), local cultural work has been successively professionalised.

But it was only in 2020 that a wider understanding of cultural work was developed. Until that year, most of Grammophon’s activities had been made up of temporary events and interventions. This contributed to increase cultural diversity in both the town and its surrounding region, but did not manage to contribute to substantial changes in social or political terms. As a consequence of this, and due to the effects of the Covid-19 pandemic, the association’s members started to focus their work on long-term cultural engagement and its potentially positive effects. Doing so, Grammophon began to revitalise and recultivate the old ballroom of “Gasthof Neuwirt“, a historically-charged inn in the centre of Wattens. Here, a regional centre for culture and community will be established over the following years together with the town and its inhabitants.

At Neuwirt, common good is addressed and reproduced, meeting places are created and fostered, and citizen engagement is being activated and supported. Through the experimental “Labor“, Grammophon will develop long-term artistic and socio-cultural projects in order to contribute to a regional development able to address local challenges and complexities. With “Startrampe“, the association accompanies people in Wattens who want to get active and establish new projects and initiatives for the region. Additionally, existing associations and initiatives in town are invited to make use of the spatial and organisational framework which Grammophon and Neuwirt are offering.